To share your memory on the wall of Terrance Carpenter, sign in using one of the following options:

Provide comfort for the family by sending flowers or planting a tree in memory of Terrance Carpenter.

Provide comfort for the family of Terrance Carpenter with a meaningful gesture of sympathy.

To send flowers to the family or plant a tree in memory of Terrance Spurgeon Carpenter, please visit our Heartfelt Sympathies Store.
Read Less

Receive notifications about information and event scheduling for Terrance 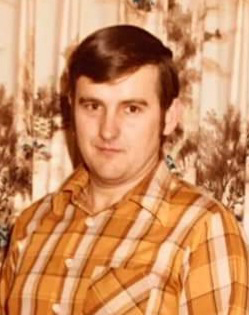 We encourage you to share any memorable photos or stories about Terrance. All tributes placed on and purchased through this memorial website will remain on in perpetuity for generations.

Sorry to hear of Terrys' passing. I was a youngster in Langenburg when Terry was elevator Manager there, but I still remember him when Dad and I delivered grain. My condolences to all the Family.
Dan Sahulka
Comment | Share Posted Nov 13, 2020 at 08:49pm via Condolence
PP

He will forever be a part of all our lives. Truly, "Gone but never will be forgotten!" My deepest condolences! You are in my prayers. I LOVE YOU ALL!
PD
Comment | Share Posted Nov 05, 2020 at 12:45am via Condolence
AF

Dad, I wish we had more time together. You will always be in my heart. Thank you for the things that you taught me when I was young. Thankyou for teaching me that hard work will get me where I want to be. You have left a huge legacy in your children and grandchildren. Rest in peace Dad.
Comment | Share Posted Nov 04, 2020 at 12:49pm via Condolence
IH

PAULAnd IRENE
May God bless you, and wrap his loving arms around you!, and comfort you now and in the days to come.
It’s okay to be sad, parting is so hard, but joy comes on the other side!💞
Comment | Share Posted Nov 02, 2020 at 11:19am via Condolence
GE

Marie, we were so sad when we heard of the sudden passing of Terry. May you find comfort and peace from the Lord as you rely heavily on Him in the days, weeks and months to come. We are praying for you. If you need anything, please let us know. Garth and Celina Everett
Comment | Share Posted Nov 02, 2020 at 10:18am via Condolence